Thanks to our wonderful ambassadors who support the tth EUROPEAN ARTHOUSE CINEMA DAY! 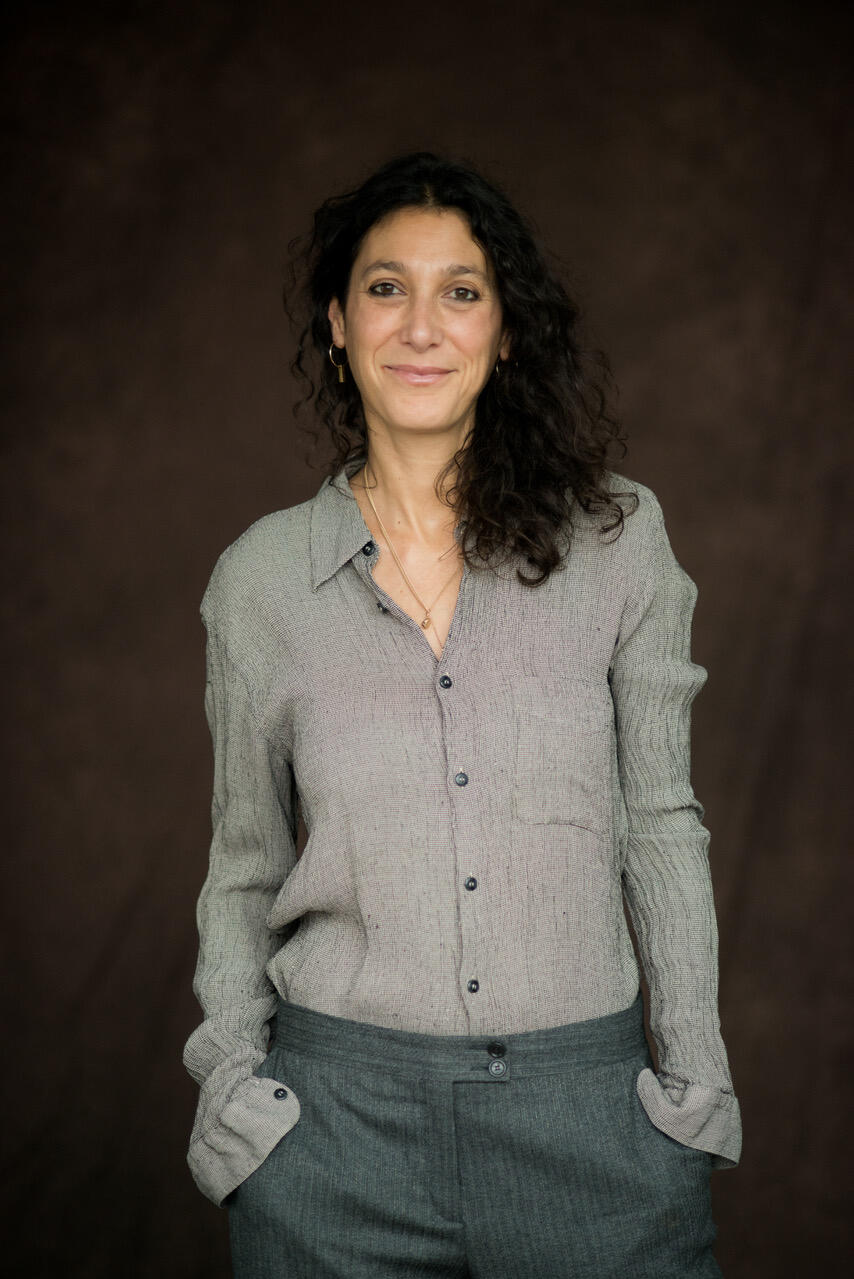 Émily Atef is a French-Iranian filmmaker born in Berlin.
At the age of seven, she moved with her parents and brother to Los Angeles. At the age of thirteen, she settled in the Jura, the land where her mother grew up. Later, London would seduce her thanks to a theatre school she attended for several years. Finally, she moved to Germany to study filmmaking at the German Film Academy in Berlin.
Her first feature film, MOLLY'S WAY, like her next two, was co-written by Esther Bernstorff and won the Best Screenplay Award at the Munich Film Festival in 2005 and the Grand Jury Prize at the Mar del Plata Film Festival, the only Category A festival in Latin America, as well as several other awards.
His second feature, THE STRANGER IN ME, about a young mother suffering from postnatal depression, had its world premiere at the Critics' Week in Cannes and won several awards.
She was offered a grant from the Cannes Film Festival's Cinéfondation to write TUE-MOI. This film was voted Best Foreign Language Drama at the 2013 Bradford Film Festival.
In 2017, Emily Atef wrote and directed the feature film THREE DAYS IN QUIBERON. It depicts three emotional days of Romy Schneider during which she gave her last German interview to STERN magazine. THREE DAYS IN QUIBERON was in competition at the 68th Berlin International Film Festival and won 7 Lolas at the German Film Academy Awards Night 2018, including Best Film and Best Director.
Her latest feature film MORE THAN EVER had its world premiere at the 75th Cannes Film Festival in 2022 in the Un Certain Regard section. 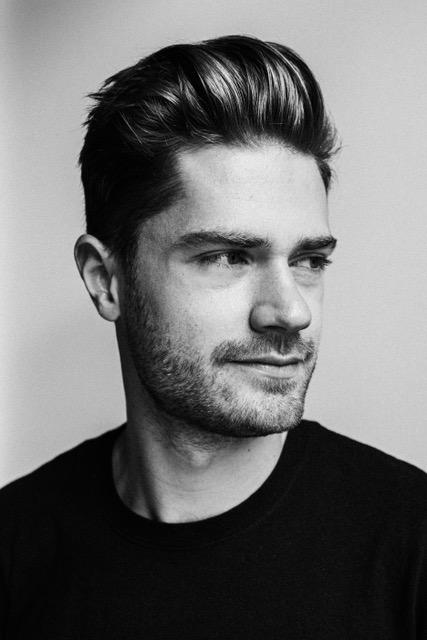 Lukas Dhont was born in Ghent, Belgium. He graduated with a diploma in audio-visual arts from the KASK School Of Arts in Ghent. Throughout his studies, he focused on fiction but also explored the possibilities of documentary. In 2016 Lukas Dhont participated in the Cannes Cinéfondation residency with the script for his first feature film, GIRL. This film combines themes the filmmaker had already explored in his short work, including: dance, transformation and identity. Lukas Dhont collaborates regularly with choreographer and dancer Jan Martens with whom he co-signed a performance titled The Common People. In 2018 Lukas’ first feature film, GIRL, was presented at the Cannes festival, in the official selection ‘Un Certain Regard’ and won, among other awards, the Caméra d’Or for Best First Movie.
His second feature, CLOSE, was selected for the official competition at the 75th Cannes Film Festival and won the Grand Prix, as well as two CICAE Arthouse Cinema Awards at the 18th CineFest Miskolc and the Filmfest Hamburg. 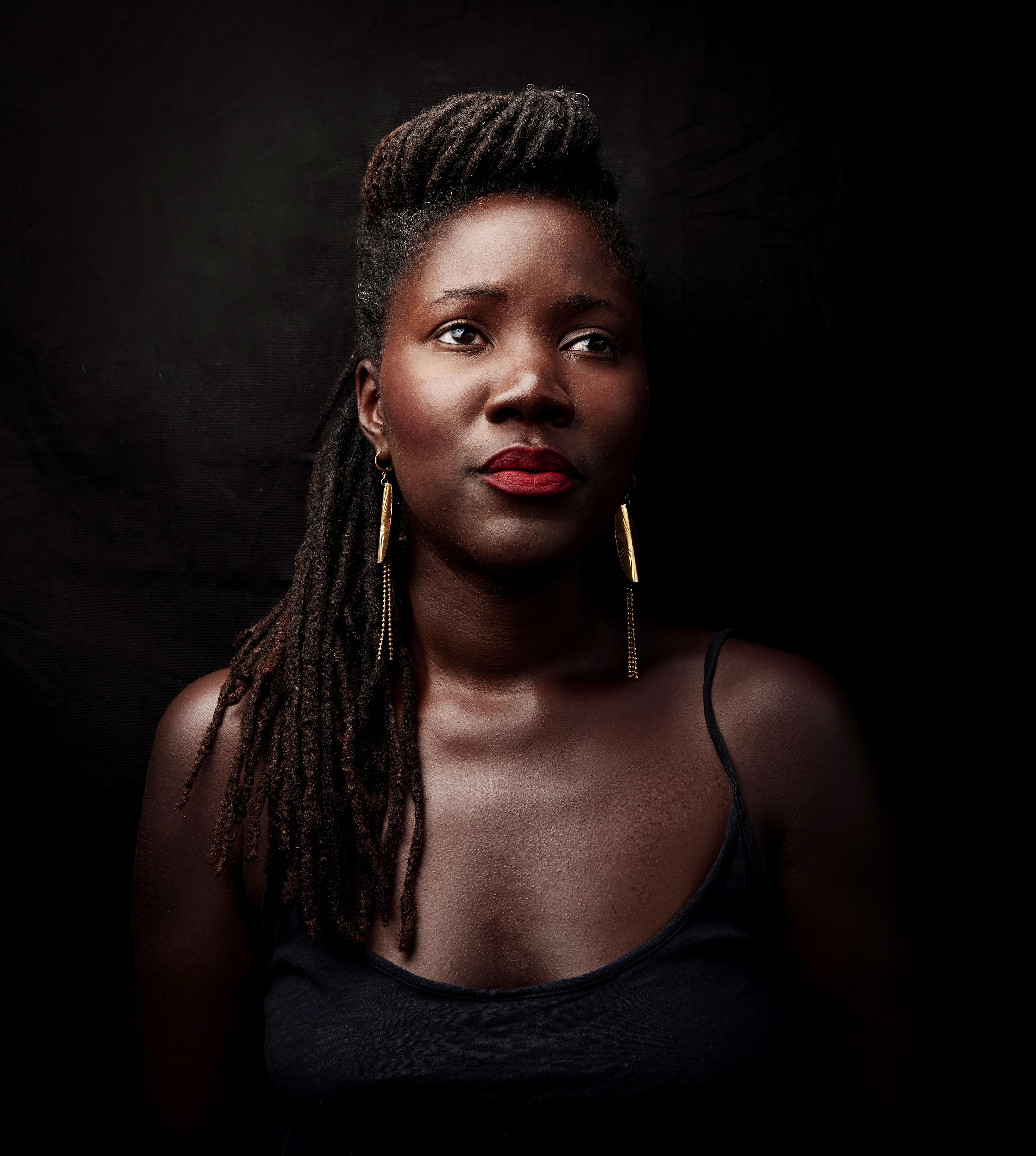 French screenwriter and director Alice Diop was born 1979. After studying history and visual sociology at the Sorbonne, she began her career as a documentary filmmaker. Her short and medium length films selected and awarded prizes in several festivals, include Les Sénégalaises et la Sénégauloise (2007), La Mort de Danton (2011), La Permanence (2016) and Towards Tenderness (2016), which won with the César for Best Short Film in 2017. Her feature length documentary We (2020) won the Best Documentary Award as well as Best Film in the Encounters section at the Berlin Film Festival in 2021. Saint Omer is Alice Diop’s fiction feature film debut. 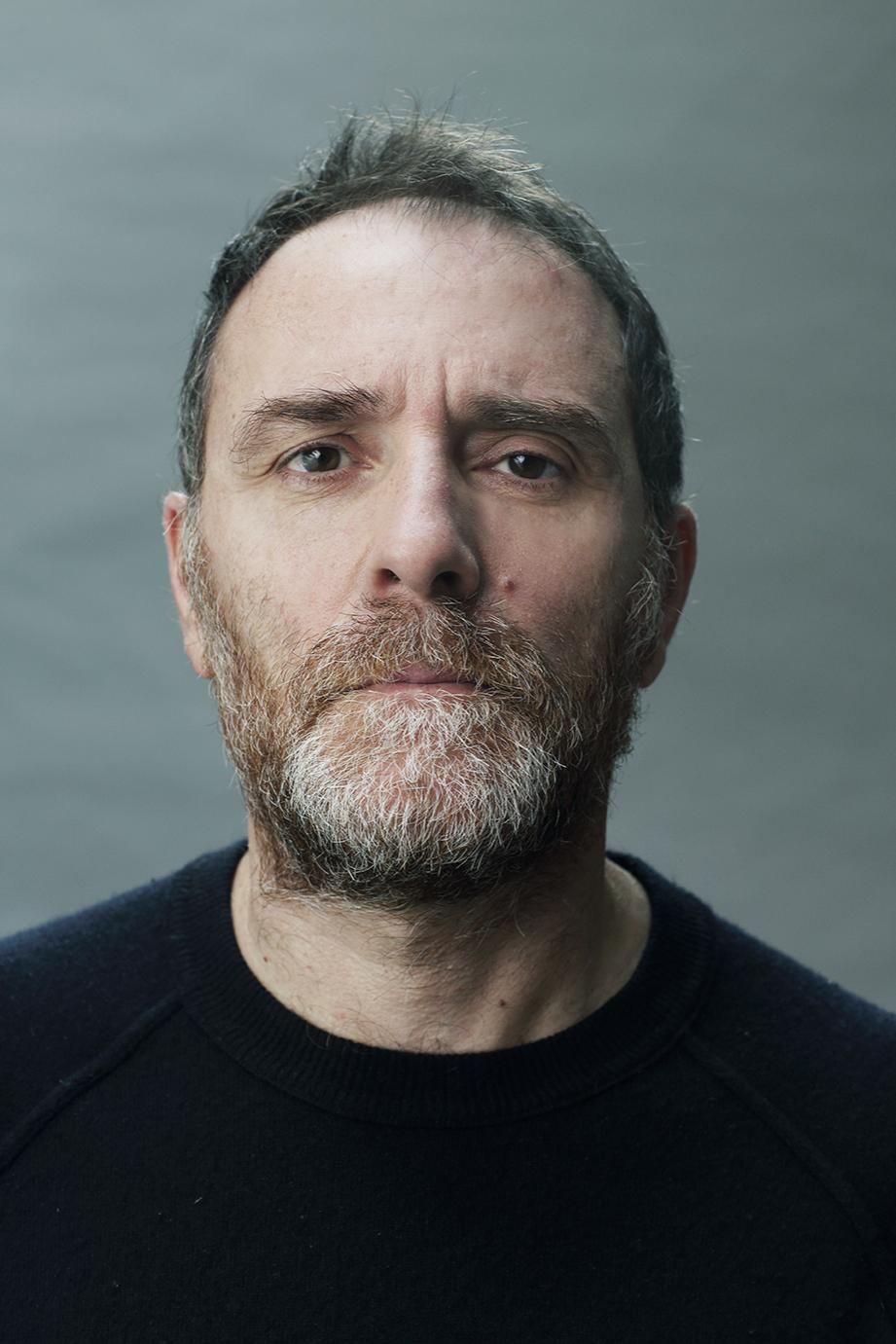 Born in Rome on 14 February 1972, Valerio Mastandrea made his film debut with the film LADRI DI CINEMA by Piero Natoli, before being awarded in 1998 with the film L'ODORE DELLA NOTTE by Claudio Caligari.
In the following years he collaborated with some of the most important directors of Italian auteur cinema, including: Ettore Scola in the film GENTE DI ROMA, Guido Chiesa in the film LAVORARE CON LENTEZZA, Paolo Virzì in several films ("N", TUTTA LA VITA DAVANTI and LA PRIMA COSA BELLA, for which he won the 2010 David di Donatello as best leading actor), Ferzan Özpetek in the film UN GIORNO PERFETTO.
In 2016, he played one of the main roles in the blockbuster PERFETTI SCONOSCIUTI and the lead in Marco Bellocchio's FAI DEI BEI SOGNI. He then starred in Paolo Genovese's THE PLACE, presented at the 2017 Rome Film Festival.
He made his directorial debut in 2018 with his first feature film RIDE, for which he received a David di Donatello nomination and won the Nastro d'argento for best first-time director.
He is now in theatre with DIABOLIK by the Manetti brothers where he plays a masterful Inspector Ginko. 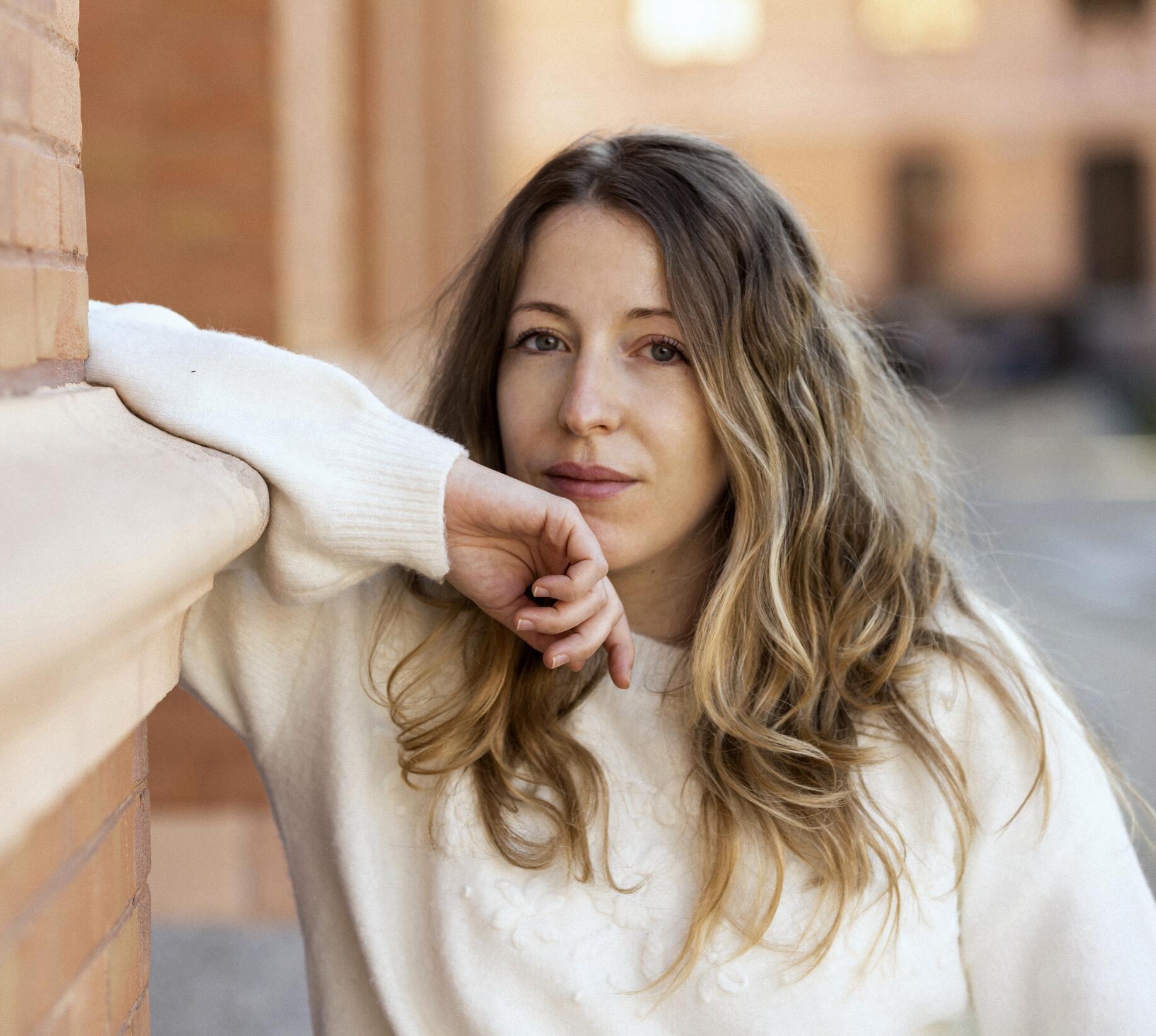 Pilar Palomero's (Zaragoza, Spain, 1980) first feature film, LAS NIÑAS, premiered in the Generation Kplus competition at the Berlin Film Festival, won the Golden Biznaga for Best Film at the Malaga Film Festival and the Goyas for Best Film, Best New Director, Best Original Screenplay and Best Cinematography. She has previously directed the short films SONRISAS (2005), NIÑO BALCÓN (2009), CHAN CHAN (2012), NOĆ (2015) and LA NOCHE DE TODAS LAS COSAS (2016), the medium-length film ZIMSKO SUNCE (2017) and the creative documentary HORTA (2017). She has also worked as a screenwriter for television and is the co-writer of the feature film CHACO (Diego Mondaca, 2020), which premiered at the Rotterdam Festival. LA MATERNAL is her second feature film. 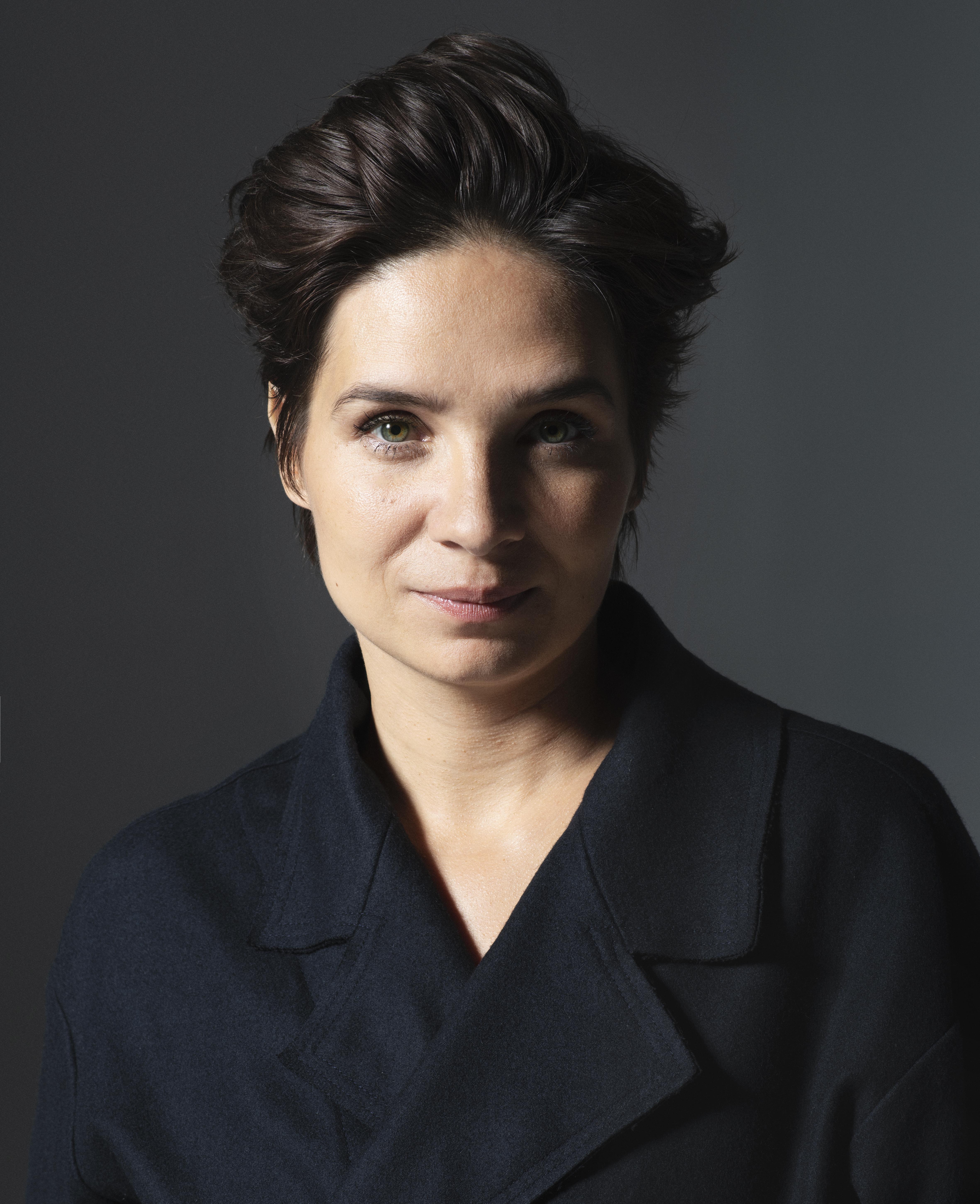 Born in Wroclaw. She graduated from cultural studies at Wroclaw University and directing at Radio and Television Faculty of Kieślowski Film School in Katowice. Author of short feature films, repeatedly awarded at Polish and International festivals, among others at the Krakow Film Festival for the short film "Aria Diva". Scholarship holder of the Minister of Culture and National Heritage for outstanding artistic achievement. In 2015 she made her debut with "The Lure" in which she experiments with the genres such as musical and horror. She was awarded for best debut at the Polish Film Festival in Gdynia; she was also hailed as "Discovery of the Year" of the Polish Film Awards. The film brought her dozens of awards around the world, including at Fantasporto, Sofia, Montreal and Vilnius, and at the Sundance Film Festival Film, where the film received a Special Award for "unique vision and design."

Smoczynska was invited by Sydney Film Festival, Variety and European Film Promotion to take part in the "European Cinema: Ten Women Filmmakers to Watch" program.
She is the winner of the Global Filmmaking Award sponsored by the Sundance Institute. Her second feature film titled "Fugue" premiered last year in Cannes within the prestigious Critic's Week section. It has already received several awards in Poland and abroad.

Smoczynska made her theatrical debut a year ago - again transcending the genre, this time with a holly-hop-dog musical titled "Holy Noodle". Her latest film SILENT TWINS premiered this year in Cannes ( in Un Certain Regard section) and was awarded at the Polish Film Festival in Gdynia this year - the movie won the main prize: GOLDEN LIONS. 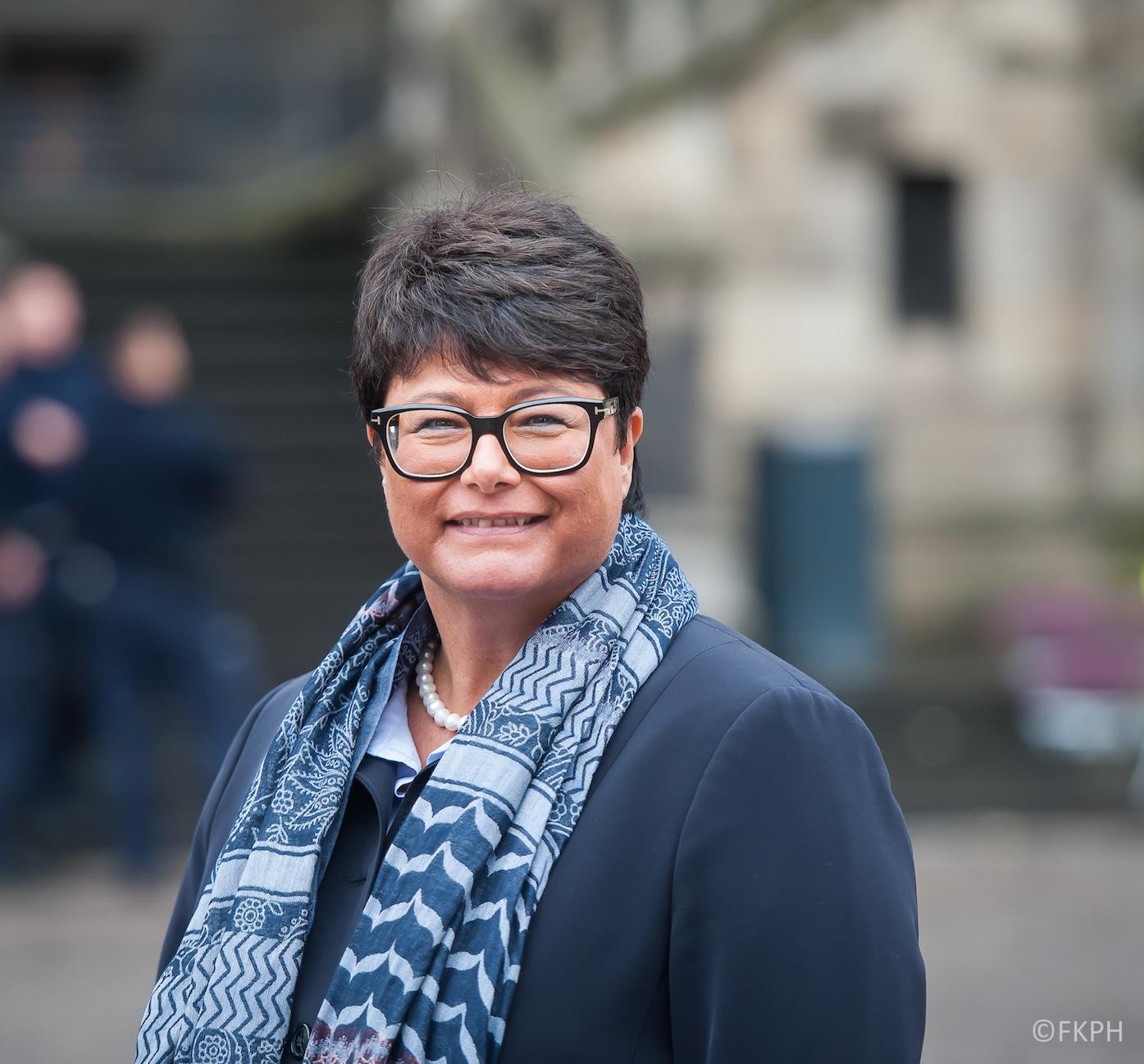 A film is one of the easiest ways to communicate our European values such as equality, freedom of expression and democracy. Thanks to many creative minds, artists, authors, filmmakers and actors, we can draw from such a rich cultural diversity in Europe. European Culture, our common cultural heritage and strong European values define our identity, our thinking and determine our actions. It is therefore crucial for a United Europe. Unfortunately, the sector was hit particularly hard by the Corona pandemic. We need to remember that it is not just the audiovisual sector that is at stake; it is a part of our European identity. Therefore, we need to support those who enrich our everyday lives. I am honoured to be patroness of the European Arthouse Cinema Day 2021. Because those raise awareness and celebrate European films in all their diversity and everything that they represent.

With the support of